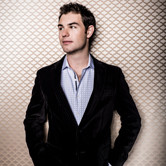 Petersen was presented at Carnegie Hall's Weill Recital Hall at age five and by age nine he was presented in a solo recital at Steinway Hall in Manhattan for the company's 150th Anniversary. The New York Times has written about the early performances of the gifted, "freckle-faced 10-year-old who still impresses adults with his intelligence, maturity and depth" and New York Magazine prominently featured Petersen in an article about child prodigies. Petersen's extraordinary gifts were also chronicled in the documentary Just Normal produced by Kim A. Snyder, and in Andrew Solomon's book, Far From the Tree, which featured case studies of exceptional children.

An avid traveler, Petersen's emerging career frequently takes him abroad, where he sets out to discover new foods and meet locals as eagerly as he performs for new audiences. Overseas engagements have included recitals at the Musica e Arte Festival in Tolentino, Italy; Verbier Festival in Verbier, Switzerland; Euro Arts Music Festival in Leipzig, Germany; and American Spring Festival of the Czech Republic.

"His ability to go from intense and nearly thunderous to gentle and tranquil was astonishing and wholly satisfying. Petersen then jumped almost right in to Samuel Barber’s Piano Sonata in E flat minor, going from a peaceful finish to slightly more chaos, and again with ease. The second half began with Elliot Carter’s Piano Sonata, which at times had a relentless intensity. In the first movement, there was a time that intensity was brought to a breathtaking halt by Petersen — a singular note toward the end rendered everything, and everyone, completely still — before he then dove right back in, allowing us all to catch our breath."
NUVO

"And that was just one of the ways in which Drew Petersen made his mark on his way to winning the 2017 contest. Despite my reluctance to choose favorites while a competition is in progress, Petersen had won me over last January with his revelatory performance of Robert Schumann's problematic "Humoreske."
Upstage